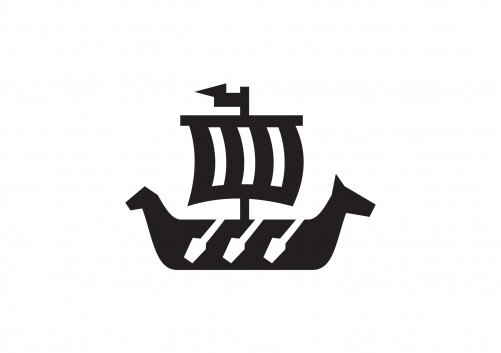 A trireme (/ˈtraɪriːm/ TRY-reem; derived from Latin: trirēmis "with three banks of oars"; 'triērēs, literally "three-rower") was an ancient vessel and a type of galley that was used by the ancient maritime civilizations of the Mediterranean Sea, especially the Phoenicians, ancient Greeks and Romans. The trireme derives its name from its three rows of oars, manned with one man per oar. The early trireme was a development of the penteconter, an ancient warship with a single row of 25 oars on each side (i.e., a single-banked boat), and of the bireme (Ancient Greek: διήρης, diērēs), a warship with two banks of oars, of Phoenician origin. The word dieres does not appear until the Roman period. According to Morrison and Williams, "It must be assumed the term pentekontor covered the two-level type". As a ship it was fast and agile, and it was the dominant warship in the Mediterranean during the 7th to 4th centuries BC, after which it was largely superseded by the larger quadriremes and quinqueremes. Triremes played a vital role in the Persian Wars, the creation of the Athenian maritime empire, and its downfall in the Peloponnesian War.