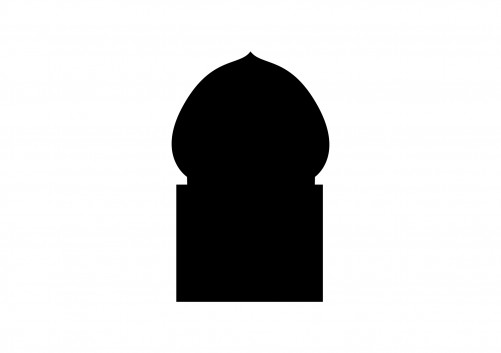 Islamic architecture comprises the architectural styles of buildings associated with Islam. It encompasses both secular and religious styles from the early history of Islam to the present day. Islamic architecture developed to fulfill Islamic religious ideals, for example, the minaret was designed to assist the muezzin in making his voice heard throughout a specific area. Early Islamic architecture was influenced by Roman, Byzantine, Persian, Mesopotamian architecture and all other lands which the Early Muslim conquests conquered in the seventh and eighth centuries. Further east, it was also influenced by Chinese and Indian architecture as Islam spread to Southeast Asia. Later it developed distinct characteristics in the form of buildings and in the decoration of surfaces with Islamic calligraphy, arabesques, and geometric motifs. New architectural elements like minarets, muqarnas, and multifoil arches were invented. Common or important types of buildings in Islamic architecture include mosques, madrasas, tombs, palaces, hammams (public baths), Sufi hospices (e.g. khanqahs or zawiyas), fountains and sabils, commercial buildings (e.g. caravanserais and bazaars), and military fortifications.