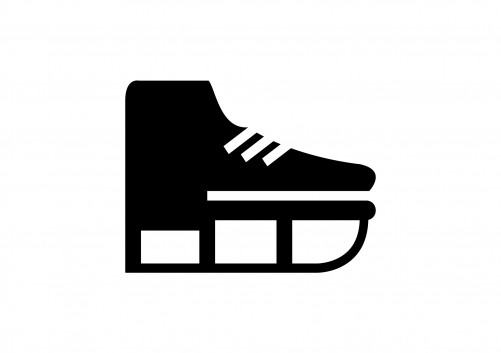 Ice skating is the self-propulsion and gliding of a person across an ice surface, using metal-bladed ice skates. People skate for various reasons, including recreation (fun), exercise, competitive sports, and commuting. Ice skating may be performed on naturally frozen bodies of water, such as ponds, lakes, canals, and rivers; and on man-made ice surfaces such as ice rinks, ice hockey rinks, and arenas, both indoors and outdoors. Various formal sports involving skating have emerged since the 19th century. Ice hockey, Bandy, and Ringette are team sports played with, respectively, a flat sliding puck, a ball and a rubber ring. Figure skating, speed skating, Ice cross downhill and Barrel jumping are among the sporting disciplines for individuals.